Charles Sanders Peirce was the son of the eminent mathematician and Harvard professor Benjamin Peirce. The young Peirce attended Harvard University, where he studied science, mathematics, and philosophy. For 30 years he worked for the U.S. Coast and Geodetic Survey. Because of personal difficulties---he was overbearing and eccentric---he taught only briefly as a lecturer at Harvard (1864-65, 1869-71) and at Johns Hopkins University (1879--84). He wrote no books and published very little during his lifetime, mostly articles and encyclopedia entries, but many collections of his articles and unpublished papers have appeared. Peirce was a brilliant logician and creative metaphysician. His papers, many published long after his death, are of great importance in the philosophical literature.

Charles Hartshorne was educated at Harvard University, where he coedited with Paul Weiss the first six volumes of The Collected Papers of Charles Sanders Peirce (1931--36) and became associated with Alfred North Whitehead. He has taught at Harvard, the University of Chicago, Emory University, and the University of Texas-Austin. Hartshorne is the undisputed leader in the development of process philosophy and theology since the death of Whitehead. A consummate metaphysician, Hartshorne has resurrected the ontological argument for the existence of God, reframing it in terms of contemporary modal logic. He has espoused a doctrine of panpsychism, according to which mind (with feeling) permeates all things, and has defended the compatibility of this doctrine with contemporary physics. A pantheist, Hartshorne has proposed a complex theory of God, which views divinity as a relative, processional kind of being, with an abstract eternal nature and a concrete nature subject to change and suffering. He has presented his process theology in his widely read book The Divine Relativity. In addition to his labors as teacher and philosophical author, Hartshorne is an avid birdwatcher and has written a prizewinning book, Born to Sing: An Interpretation and World Survey of Bird Song. 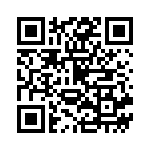