Margaret Scammell is currently lecturer in media and communications at the London School of Economics and Political Science (LSE). Prior to her time at the LSE, she worked as a lecturer at the University of Liverpool and as a research fellow at the Joan Shorenstein Center on the Press, Politics and Public Policy at the John F. Kennedy School of Government, Harvard University. She worked as a local, sports, and politics journalist for a number of news organizations before receiving her PhD at the LSE. Her book Designer Politics (1995) became a standard reference for use of marketing and public relations in the United Kingdom. She has published widely on many aspects of political communication, including political campaigning, Americanization of campaigning worldwide, government and news management, consumer activism, and the appropriate role of media in democracies. She is the co-author of On Message: Communicating (1999), The Media, Journalism and Democracy (2000) and the Sage Handbook of Political Communication (2012). 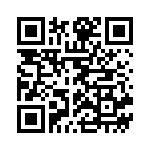