Roman Krznaric is a cultural thinker and founding faculty member of The School of Life. His latest books include The Wonderbox: Curious Histories of How to Live and How to Find Fulfilling Work. Brought up in Sydney and Hong Kong, he studied at the universities of Oxford, London and Essex, and has taught at Cambridge and London. Today he lives in Oxford. 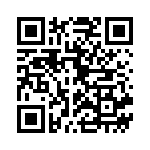