Illuminating scholarly account of the Holocaust This book is not for everyone interested in understanding the Holocaust. There are no pictures and no maps. The author makes no attempt to convey the ... Přečíst celou recenzi

Peter Longerich is Professor of Modern German History and Director of the Research Centre for the Holocaust and Twentieth-Century History at Royal Holloway, University of London. He has published widely on the subject, in English and German, including The Unwritten Order: Hitler's Role in the Final Solution, and The Systematic Character of the National Socialist Policy for the Extermination of the Jews. The latter formed part of his Expert Opinion in the notorious David Irving v. Penguin/Lipstadt trial. He is currently working on a biography of SS leader Heinrich Himmler. 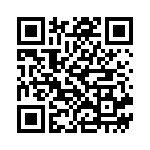