A mysterious creature appears clad in a scarf and sneakers to a Victorian house, where it engages in shenanigans and poor manners, much to the dismay of the family living there. No one does creepy-funny quite like Edward Gorey, and The Doubtful Guest is a glorious, adorable example of that. Přečíst celou recenzi

What to make of this book? It took about one minute to read and had little to say for itself. As usual with Gorey, his illustrations are interesting, but what's the point? As usual with me, when I ... Přečíst celou recenzi

Edward Gorey (1925-2000) wrote and illustrated such popular books as The Doubtful Guest, The Gashlycrumb Tinies, and The Headless Bust. He was also a very successful set and costume designer, earning a Tony Award for his Broadway production of Edward Gorey's Dracula. Animated sequences of his work have introduced the PBS series Mystery! since 1980. 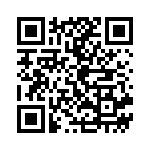