When I received this book as a gift I dismissed it as likely to be the typical unauthentic, over dramatic portrayal of the life and lifestyle of street drag racers or worse, tuner/drifters. A Fast and ... Přečíst celou recenzi

An autobiography about a Driver who drives to find the person who sabatoged his dads car before a race. He races illeagaly for the fun of it and he gets chased by cops and gets pulled over a lot of times. Great book for people who like cars and for people who like street racing. Přečíst celou recenzi

Alexander Roy has been driving in international road rallies since 2003. He finished first in the 2006 Gumball 3000 and set a new speed record from New York to Los Angeles, making the nearly 3,000-mile drive in a staggering 32 hours and 7 minutes. When he is not on the road, he lives in New York City. 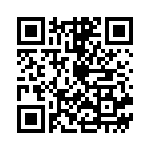