If you like "Waiting for Godot", this book is for you. I personally love Godot, and I found this book just as enthralling. I can easily imagine it translated to the stage, especially since the entire ... Přečíst celou recenzi

Interesting little book - plays fast and loose with the rules of writing. Describes life inside of a massive line during the Brezhnev stagnation of the Soviet Union. Consists wholly of dialogue and ... Přečíst celou recenzi

Vladimir Sorokin was born in a small town outside of Moscow in 1955. He trained as an engineer at the Moscow Institute of Oil and Gas, but turned to art and writing, becoming a major presence in the Moscow underground of the 1980s. His work was banned in the Soviet Union, and his first novel, The Queue, was published by the famed ?migr? dissident Andrei Sinyavksy in France in 1983. In 1992, Sorokin's Collected Stories was nominated for the Russian Booker Prize; in 1999, the publication of the controversial novel Blue Lard, which included a sex scene between clones of Stalin and Khrushchev, led to public demonstrations against the book and to demands that Sorokin be prosecuted as a pornographer; in 2001, he received the Andrei Biely Award for outstanding contributions to Russian literature. Sorokin is also the author of the screenplays for Moscow, The Kopeck, and 4, and of the libretto for Leonid Desyatnikov's The Children of Rosenthal, the first new opera to be commissioned by the Bolshoi Theater since the 1970s. He has written numerous novels, plays, and short stories, and his work has been translated throughout the world. NYRB Classics published his novel Ice in 2007. He lives in Moscow.

Sally Laird (1956-2010) was the editor of Voices of Russian Literature: Interviews with Ten Contemporary Writers, and the translator of many books, including The Time: Night by Ludmila Petrushevskaya. 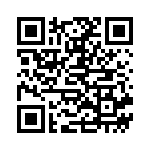