Michael Blouin is an Assistant Professor in English and the Humanities at Milligan College. His research interests include atomic culture, literary theory and criticism, and transnational studies. He is the author of a forthcoming book entitled Japan and the Cosmopolitan Gothic: Specters of Modernity (Palgrave Macmillan, 2013). Morgan Shipley is a PhD Candidate in the Program in American Studies and an Instructor in the Center for Integrative Studies in the Arts and Humanities at Michigan State University. He received his BA from DePaul University and an MA from the University of Chicago. His dissertation investigates the relationship between psychedelic consciousness, mystical frames of interpretation and a spiritual ontology of altruism as envisioned in the work of Aldous Huxley, Stephen Gaskin, Allen Ginsberg, Timothy Leary and Alan Watts. He has articles forthcoming in Utopian Studies and, along with Michael Blouin, in The Journal of Popular Culture. Jack Taylor is a PhD candidate in American Studies at Michigan State University. His interests include the intersection of African American literature and philosophy with an emphasis on death and racial violence, African American photography and visual culture, political theory with an emphasis on necro- and biopolitics, and American anthropology. He is currently working on a dissertation concerning representations of death in African literature and art. 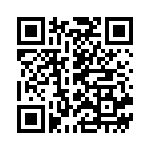