America and the challenges of religious diversity

How have changes in the non-Judeo-Christian population affected the Christian United States, and in this pluralistic society, has that population found acceptance in the melting pot of Christianity ... Přečíst celou recenzi

Robert Wuthnow is the Gerhard R. Andlinger '52 Professor of Sociology and Director of the Center for the Study of Religion at Princeton University. His previous books include After the Baby Boomers, Saving America? Faith-Based Services and the Future of Civil Society (both Princeton); Creative Spirituality: The Way of the Artist; and Loose Connections: Joining Together in America's Fragmented Communities. 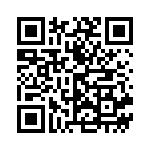