Peter F. Murray is a researcher at the Museum of Central Australia in Alice Springs.

Patricia Vickers-Rich holds a Chair in Palaeontology at Monash University, where she lectures in the Earth Sciences Department. She is co-author (with Thomas H. Rich) of Wildlife of Gondwana: Dinosaurs and Other Vertebrates from the Ancient Supercontinent (IUP, 2000) and Dinosaurs of Darkness (IUP, 2000). 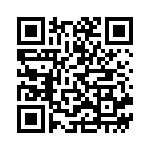