What Brown v. Board of Education should have said: the nation's top legal experts rewrite America's landmark civil rights decision

Jack M. Balkin is Knight Professor of Constitutional Law and the First Amendment at Yale Law School, and the Founder and Director of Yale’s Information Society Project. He is the author of numerous books and the editor of What Brown v. Board of Education Should Have Said (NYU Press, 2002). He lives in New Haven, CT. 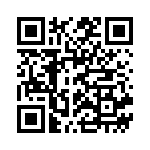