Strana 33
... much increased since the meeting with Magnet . “ We shail leave a broad path to the river . ' " The broader the better ; when there , it will surpass Mingo cunning , even , to say which way the canoe has gone - up stream or down .
Strana 35
Among the latter was the particular stream on which our adventurers were now journeying . The Oswego is formed by the junction of the Onedia and the Onondaga , both of which flow from lakes ; and it pursues its way , through a gently ...
Strana 42
The two Indians seated themselves passively on a log , hardly looking towards the stream , while the wife of Arrowhead came near Mabel , and appeared to watch the motions of the canoe with some such interest as a child regards the leaps ... 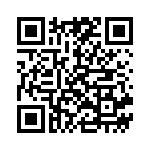