Having just read "Lincoln: Biography of a Writer" by Fred Kaplan, I found that a lot of the information contained in this book was also contained in Kaplan's book. In fact they even used most of the ... Přečíst celou recenzi

This is a solid read. The book's premise is that Mr. Lincoln suffered from melancholy. Today, many would consider his suffering as clinical chronic depression. I think the book does speculate a lot ... Přečíst celou recenzi

JOSHUA WOLF SHENK is an essayist and independent scholar whose work has appeared in numerous magazines and in the national bestseller Unholy Ghost: Writers on Depression. He has written for The New Yorker, Harper's Magazine, the Atlantic Monthly, the New York Times, Mother Jones, and other publications. He has been a correspondent for the New Republic, the Economist, and U.S. News & World Report. A contributing editor to the Washington Monthly and a faculty member at New School University, Shenk serves on the advisory council of the Abraham Lincoln Bicentennial Commission and consulted on the History Channel's film Lincoln. He lives in Brooklyn. 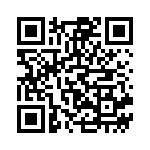