Marge Piercy is the author of sixteen novels including Gone to Soldiers; He, She and It; Three Women ; and most recently The Third Child . Her memoir is called Sleeping with Cats. She has also written sixteen volumes of poetry including The Art of Blessing the Day: Poems with a Jewish Theme and most recently Colors Passing Through Us . She received an honorary doctorate degree from Hebrew Union College for her contributions to Jewish culture and liturgy.

Roberta Grossman , director of Blessed Is the Match: The Life and Death of Hannah Senesh , is a producer at Katahdin Productions, a nonprofit documentary company based in Berkeley and Los Angeles, California. For more information or to purchase Blessed Is the Match visit: www.blessedisthematch.com. 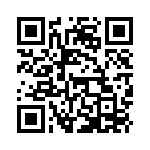