Book of the heart: the poetics, letters, and life of John Keats

In this work, scholar and poet Rodriguez aims to elevate the letters of Keats to the literary status of his poems. The author contends that the letters contain a poetic overflow that could not be ... Přečíst celou recenzi

Strana 40 - Dilke, on various subjects; several things dovetailed in my mind, & at once it struck me, what quality went to form a Man of Achievement especially in Literature & which Shakespeare possessed so enormously — I mean Negative Capability, that is when man is capable of being in uncertainties, Mysteries, doubts, without any irritable reaching after fact & reason...
Objevuje se u 641 knih od 1837-2008.
Strana 91 - Nor less I deem that there are Powers Which of themselves our minds impress; That we can feed this mind of ours In a wise passiveness.
Objevuje se u 735 knih od 1798-2007.
Více
Strana 49 - Heart's affections and the truth of Imagination* — What the imagination seizes as Beauty must be truth — whether it existed before or not — for I have the same Idea of all our Passions as of Love they are all in their sublime, creative of essential Beauty...
Objevuje se u 448 knih od 1848-2007.
Strana 55 - I scarcely remember counting upon any Happiness. I look not for it if it be not in the present hour. Nothing startles me beyond the Moment. The setting sun will always set me to rights, or if a Sparrow come before my Window, I take part in its existence and pick about the Gravel.
Objevuje se u 336 knih od 1803-2007.
Strana 53 - O for a Life of Sensations rather than of Thoughts! It is 'a Vision in the form of Youth' a Shadow of reality to come...
Objevuje se u 198 knih od 1826-2006.
Strana 60 - Lovers and madmen have such seething brains, Such shaping fantasies, that apprehend More than cool reason ever comprehends. The lunatic, the lover, and the poet, Are of imagination all compact : One sees more devils than vast hell can hold ; That is, the madman : the lover, all as frantic, Sees Helen's beauty in a brow of Egypt...
Objevuje se u 1198 knih od 1768-2008.
Méně 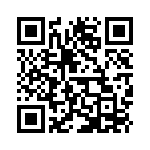