New York Times and Washington Postnbsp;bestseller Imperial Hubris was originally published anonymously, as required by the Central Intelligence Agency. Its author is Michael Scheuer, the former head of the CIA's Bin Laden Unit, who resigned in November 2004, after two decades of experience in national security issues related to Afghanistan and south Asia. As "Anonymous," he is also the author of Through Our Enemies' Eyes: Osama bin Laden, Radical Islam, and the Future of America. Scheuer has been featured on many national and international television news programs, has been interviewed for broadcast media and documentaries, and has been the focus of print media worldwide. 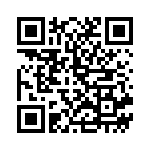