This is an old book, written as the Clinton administration assumed power and started to show its stripes. Interesting historically, but there is also some lasting truth to this book: the widely ... Přečíst celou recenzi

On the evidence of the lively collection of essays at hand, there's nothing dismal about the social science practiced by Stanford University professor Krugman (Peddling Prosperity, 1994, etc.). In a ... Přečíst celou recenzi 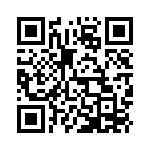