Lynn McDonald is a professor of sociology at the University of Guelph, Ontario. She is a former president of the National Action Committee on the Status of Women, Canada’s largest women’s organization. As a Member of Parliament (the first “Ms” in the House of Commons), her Non-smokers Health Act made Parliamentary history as a private member’s bill, and made Canada a world leader in the “tobacco wars.” She is the author of The Early Origins of the Social Sciences (1993), and The Women Founders of the Social Sciences (1994) and editor of Women Theorists on Society and Politics (WLU Press, 1998), all of which have significant sections on Florence Nightingale. 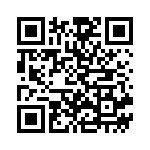