A HISTORY OF THE ISRAELI-PALESTINIAN CONFLICT

A dense, well-annotated portrait of Jewish and Arab histories, national aspirations, and conflicts, focusing on the origins of modern Zionism and Arab nationalism with a view to the prospects for ... Přečíst celou recenzi

A History of the Israeli-Palestinian conflict

Tessler, a political scientist, provides a thorough historical and political analysis of the current Arab-Israeli conflict. Going back to ancient times, he juxtaposes the history of the ancient ... Přečíst celou recenzi

MARK TESSLER is Professor of Political Science, Director of the Centerfor Middle Eastern Studies, and Head of the Department of Near EasternStudies. He has spent more than six years in the Middle East, conducting research in Tunisia, Israel, the West Bank, Egypt, and Morocco. He is co-author of Political Elites in Arab North Africa and (with Ann Mosely Lesch) of Israel, Egypt, the Palestinians: From Camp David to Intifada. 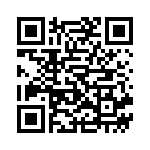