Alessandro De Maddalena is a researcher, writer, scientific illustrator and wildlife photographer. He is the curator of the Italian Great White Shark Data Bank and a founding member of the Mediterranean Shark Research Group. He is the author of 19 books on sharks and hosts expeditions with courses in shark biology in South Africa, Australia and Mexico. Walter Heim, a mechanical engineer, started photographing sharks in 2001 and with his daughter Jessica has developed techniques to photograph mako and blue sharks at close range. His pictures have appeared in many books and wildlife magazines. He is the author of four books on sharks. 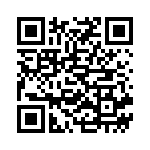