Strana 306
It was difficult to excavate In United States v . Atlantic with shovels but it was
excavated Dredging Company , supra , the court with shovels . One pit became
imsaid : “ The case is therefore within practicable after about 14 , 000 cubic the
ruling ...
Strana 546
United States war savings bonds are subject to regulations of the Treasury
Department , which regulations must be recognized and given the force of
Federal law by courts of the various states . [ See annotation on this question
beginning on ...
Strana 550
Heher , and Colie , and Judge McLean For affirmance ; The Chief Jus . 4 . tice ,
Justices Bodine , Eastwood , and Burling , and Judges Wells , Dill , Freund , and
McGeehan - 8 . ANNOTATION : Judicial decisions involving United States war ... 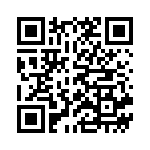