From Joan G. Clark: Researching for a class at The University of Texas at Dallas, I came across Walter Bower's book, "Studies in Genius." On his list of female geniuses in the American theatre was the name Adah Isaacs Menken. This unfamiliar name lead me to a trip to New Orleans and the beginning of the plot of "Brief Bright Star." I learned that in the late 19th Century there was a difference between the acting styles of Europe and America. This inspired me to write the character of Celine, who is one of the two leading players in my second book "Frederick's Heir." In turn of the century New York City, celebrity photographer Napoleon Sarony photographed all of the famous names of the day: Sara Bernhardt, Mark Twain, Oscar Wilde. His red signature scrawled up the side of each portrait he took made him the perfect flamboyant central character of "Double Shot! a Napoleon Sarony Mystery" co-written with Kay Sanford. Joan G. Clark received her BA from The George Washington University in Washington D.C. and her MA from The University of Texas at Dallas. Her children's play, "Lundy's Child" won an award at the National Youth Playwriting Competition sponsored by IUPUI, Indiana University/Perdue University of Indianapolis. Researching nineteenth century American theatre inspired her transition from writing for the theatre to writing about the theatre. Joan G. Clark's first two books were "Brief Bright Star" and "Frederick's Heir." She then co-wrote "Double Shot! A Napoleon sarong Mystery" with Kay Sanford. 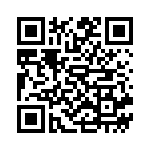