The Author: W. Nicholas Knight is Professor of English at the University of Missouri-Rolla where he has served as Chairman of Humanities. He received his B.A. in English from Amherst College, Massachusetts, his M.A. in English from the University of California, Berkeley, and his Ph.D. in English from Indiana University-Bloomington. His post-doctoral research was conducted at the Institute of Advanced Legal Studies, University of London. He has taught at Wesleyan University, Southern Illinois University-Carbondale, University of Missouri-Columbia, and Imperial College, London. Knight is the author of Shakespeare's Hidden Life as well as numerous Shakespeare articles in British, Canadian, and American journals. He has been a Ford Foundation, Newberry Library, Wesleyan Center for the Humanities, Warburg Institute, and NEH Fellow. His play on the Kennedy assassination, The Death of J.K., was performed off-Broadway as well as in London and the Inns of Court. 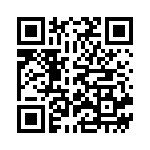