Strana 301
Title not yet given , Allen K. Krause , M.D. , Baltimore , Md . The treatment of
tuberculous laryngitis by reflected sunlight , Charles W. Mills , M.D. , and A. M.
Forster , M.D. , Colorado Springs , Colo . Thirty - five hundred cases of
tuberculosis ...
Strana 584
6 , mercury biniodid in the third decimal potency was given , which was followed
by relief of the fever , and slight relief of the tenderness , but there was difficulty in
breathing on lying down , with coarse bronchial sounds , especially when lying ...
Strana 585
Nux vomica was being given at this time , as it had several times suggested itself
in this case , but without the slightest benefit . It finally occurred to the writer to
return to the last remedy that had benefited . She was given Natrum carb . , this ... 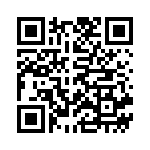