Nira Yuval-Davis is Director of the Research Centre on Migration, Refugees and Belonging (CMRB) at The University of East London. 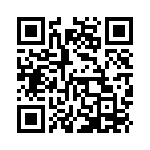