Not a lot of new material that is not in other books but great computer generated drawings and some new material on the unfinished Battlecruisers that might have been at the end of the war. Pøeèíst celou recenzi

Gary Staff is a former airline pilot but he has been fascinated with naval history, and specifically with the Imperial German Navy (Kaiserlischmarine) for decades. He has visited archives in Britain, Germany and elsewhere to study, and often translate for the first time, official documents relating to this subject. His previous books for Pen & Sword are The Battle for the Baltic Islands 1917; Battle on the Seven Seas and German Battlecruisers of World War One. He lives in Australia. 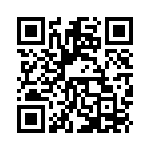