John Kekes is the author of many books, including The Roots of Evil, The Illusions of Egalitarianism, and The Art of Life, all from Cornell. 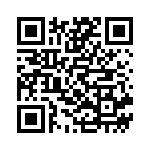