Joseph Stiglitz is professor of economics at Columbia University.

Robin Boadway is Sir Edward Peacock Professor of Economic Theory and former head of the Department of Economics at Queen's University. He served as managing editor of the Canadian Journal of Economics for several years and was president of the Canadian Economics Association in 1996-97. He is well-known for his contributions to public sector and welfare economics, which include Public Sector Economics, with D. E. Wildasin, Welfare Economics, with N. Bruce, and Canadian Tax Policy, with H. M. Kitchen, as well as numerous journal articles and monographs. His prize-winning research emphasizes the application of economic theory to important policy issues and has illuminated many Canadian public policy debates ranging from fiscal federalism to reform to redistributive policy. 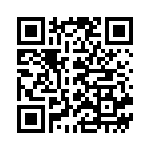