Strana 157
They then speak again , and , singing , walk towards the entrance in such a way
that the South , North , and West Bands make complete circuits of the lodge , thus
enabling the East Band to precede them . Near the entrance all stop singing ...
Strana 159
The candidate first faces the south , and then the north . During his speech , the
ancestor - host touches him on his head and on his chest , and makes him face
first south , and then north . When the speech is over , the ancestor - host sings ...
Strana 164
food and eating - utensils , the leader of the North Band continues with the third
and fourth parts of the basic ritual . The leaders of the West and South Bands
perform the basic ritual without any interruptions , except , of course , that of the ... 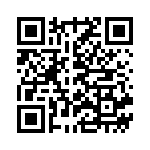