Susan B. Hansen is a professor of political science and women's studies at the University of Pittsburgh and author of The Politics of Taxation: Revenue without Representation. 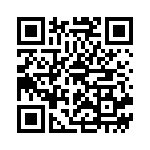