Strana 382
Variants of this song, or of related songs having the same theme, include "On the
Banks of the Pamanaw," "The Coconut Grove," "The Chippewa Girl," "Ponchitrain,
" and the more recognizable titles, "Mawhee" and "Fair Indian Lass." According ...
Strana 410
He presents some fascinating narrative variants to show how folk stories travel by
attaching themselves to favorite people or places. From a number of oral and
written sources, ranging from college professors and cowboys to Margaret of ...
Strana 413
Ordinarily, other variants of the same play are combined into a single production,
such as two, three or even more "pastorelas," but this case is unique in that the
two themes are so dissimilar. As Barker points out, there are many local ... 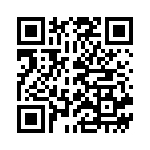