WAR AND ANTI-WAR: Survival at the Dawn of the 21st Century

An appraisal of armed conflict that will strike most readers as a typically slick Alvin Toffler production—despite the byline given to wife Heidi and the bulletin that Alvin wrote Future Shock, The ... Přečíst celou recenzi

War and anti-war: survival at the dawn of the 21st century 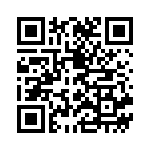