The diabolical (and misunderstood) criminal genius turns sleuth to clear his name, perhaps finding the missing Sherlock Holmes in the process.In a prologue, Dr. Watson narrates the unfortunate tale of ... Přečíst celou recenzi

In this series Professor Moriarty takes on a new and somewhat less sinister role -- he's still a master mind and a criminal, but not the primary villain. In this story a wide array of characters find ... Přečíst celou recenzi

Michael Kurland has written almost forty books. Most recently, he was the editor of the Sherlock Holmes collection Sherlock Holmes: The Hidden Years. Twice a finalist for the Edgar Award, he lives in Petaluma, California. 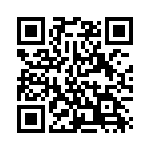