Strana 47
Now , use your outside voice , not your mouse voice . ” Fawn walked forward and
set her knapsack carefully on the corner of Miss Earth ' s desk . She opened the
knapsack and withdrew the sweatshirt . “ It ' s a vase from Greece , " said Fawn ...
Strana 94
She raised her voice . “ Rhoda ? It ' s the Empress of the Tattletales speaking . ” “
We ' re busy , ” called Rhoda ' s voice from Fawn ' s bedroom . “ Milos is playing
kick the world with that tin ball . Naxos is singing songs of praise about himself .
Strana 160
Gregory Maguire. cowered as Sammy Grubb stuck his hands in his pockets ,
cleared his throat , and moved a step closer to Thekla . “ Somebody sent me a
secret admirer ' s valentine , ” he said in a husky voice . “ And I think I know who it
had ...

this is a lovely and funny Valentine's Day story. I'm sure most kids will really like it and be able to identify with one or other of the acting characters. Přečíst celou recenzi

Having faced ghosts, aliens, and deadly Siberian snow spiders in previous adventures, the fifth graders at Josiah Fawcett Elementary take on a very different sort of challenge when a Grecian urn from ... Přečíst celou recenzi

Gregory Maguire was born June 9, 1954 in Albany, New York. He received a B.A. from the State University of New York at Albany and a Ph.D. in English and American literature from Tufts University. He is a founder and co-director of Children's Literature New England, Incorporated, a non-profit educational charity established in 1987. He writes for both adults and children. His first book, The Lighting Time, was published in 1978. His adult works include Wicked, Confessions of and Ugly Stepsister, Lost, Mirror Mirror, Son of a Witch, and A Lion Among Men. The Broadway play Wicked is based on his book of the same title. His children's books include the picture book Crabby Cratchitt, the novel The Good Liar, and the Hamlet Chronicles series. 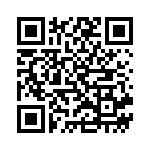