Daniel J. Elazar was Professor of Political Science at Temple University and Senator N. M. Paterson Professor of Intergovernmcntal Relations at Bar-han University. He was the Founder and President of the Jerusalem Centre for Public Affairs, and the initiator of the ‘Israel at the Polls’ series which has explored every Israeli Knesset election since 1 977. M. Ben Mollov is an Associate of the Jerusalem Centre for Public Affairs and a Iecwrer in Political Science in the Interdisciplinary Department of Social Sciences at Bar-han University. Formerly he served as Co-ordinator of the Department of Political Science at Bar-han’s Regional College in Ashkelon. He also co-ordinates the Project for Arab—Jewish Dialogue under the auspices of Bar-han University’s Programme in Conflict Resolution. 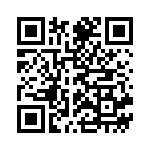