John Baxter was born in Randwick, New South Wales in 1939. He is an Australian-born writer, journalist, and film-maker. He has lived in Britain and the U.S. as well as in his native Sydney, but has made his home in Paris since 1989. He began writing science fiction in the early 1960s for New Worlds, Science Fantasy and other British magazines. His first novel was published as a book in the US by Ace as The Off-Worlders. He was Visiting Professor at Hollins College in Virginia in 1975-1976. He has written a number of short stories and novels in that genre and a book about SF in the movies, as well as editing collections of Australian science fiction. For a number of years in the sixties, he was active in the Sydney Film Festival, and during the 1980s served in a consulting capacity on a number of film-funding bodies, as well as writing film criticism for The Australian and other periodicals. Since moving to Paris, he has written four books of autobiography, A Pound of Paper: Confessions of a Book Addict, We'll Always Have Paris: Sex and Love in the City of Light, Immoveable feast : a Paris Christmas, and The Most Beautiful Walk in the World : a Pedestrian in Paris. In 2015 his title, Five Nights in Paris: After Dark in the City of Light, made The New Zealand Best Seller List. 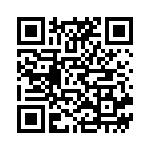