WHO ARE WE?: The Challenges to America's National Identity

Scholarly analysis of the American national identity as it has evolved over the centuries, the challenges it now faces, and the choices that lie ahead.Huntington (History/Harvard; The Clash of ... Přečíst celou recenzi

Who are we?: the challenges to America's national identity

In his seminal The Clash of Civilizations, Huntington anticipated the United States' battle with militant Islam. Here he turns his laser on America-or, rather, America as he thinks it ought to be ... Přečíst celou recenzi

STEVE DUNN has a special interest in the Royal Navy of the late Victorian, Edwardian and First World War eras. His books include biographies of Admirals Cradock (The Scapegoat) and Troubridge (The Coward?) and the story of the first British battleship, Formidable, to be sunk by a torpedo. He lives in Worcestershire and southwest France. 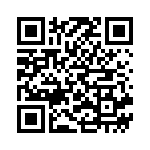