Ronald Kessler is the New York Times bestselling author of a dozen works of non-fiction, including The Sins of the Father, Inside the CIA, Inside Congress, The Season, and Inside the White House. A former Wall Street Journal and the Washington Post investigative reporter, Kessler has won sixteen journalism awards, including two George Polk awards and the Associated Press' Sevellon Brown Memorial Award. He lives with his wife, Pamela, in Potomac, Maryland. 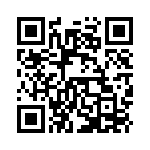