Strana 98
The final harmony he creates for them , like the earlier confusion , is seen as the
working out of a dance pattern , and more than that , it is the fulfilment of a ritual
sense of life , embodied in homely clichés : And the country proverb known , That
...
Strana 103
151-6 ) In the text as normally printed , Egeus does not appear in the last scene ;
8 his fussy , sterile concern with his own power is the one kind of mentality the
play's final harmony can find no room for . Theseus , on the other hand , is
allowed ...
Strana 262
The Two Noble Kinsmen , the most sombre of the final plays , presents its
characters as trapped unhappily in the machinery of a fantastic story . Emilia ,
won in a tournament of love - which she herself has refused to attend cannot
keep her ... 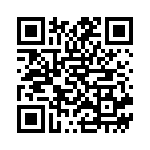