James Fenimore Cooper (1789-1857) was an American author active during the first half of the 19th century. Though his most popular work includes historical romance fiction centered around pioneer and Native American life, Cooper also wrote works of nonfiction and explored social, political and historical themes in hopes of eliminating the European prejudice against Americans and nurturing original art and culture in America. 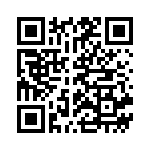