This is an excellent source to find and fill required reading for school. PÝeŤŪst celou recenzi

William Shakespeare is widely regarded as the greatest playwright the world has seen. He produced an astonishing amount of work; 37 plays, 154 sonnets, and 5 poems. He died on 23rd April 1616, aged 52, and was buried in the Holy Trinity Church, Stratford. 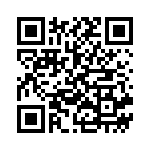