Strana 27 - ... to the end that learning may not be buried in the graves of our forefathers, in church and commonwealth...
Objevuje se u 511 knih od 1795-2008.
Strana 28 - And it is further ordered that where any town shall increase to the number of one hundred families or householders, they shall set up a grammar-school, the master thereof being able to instruct youth so far as they may be fitted for the university; and if any town neglect the performance hereof above one year, then every such town shall pay five pounds per annum to the next such school till they shall perform this order.
Objevuje se u 73 knih od 1820-2007.

John Quincy Adams, statesman and sixth president, began this biography of his father, John Adams, as a tribute to his fathers role as a fiercely independent statesman and to a life well lived. His son, Charles Francis Adams, completed the work, about the man he called the boldest, the most enthusiastic, the most passionate in his support of liberty of all those who figured in the history of the American Revolution. 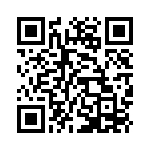