Strana 234
Freeholders . the right of action , was the creature of the statute , while , in
opposition , it was insisted that such liability was founded on an implied contract ;
but the court said that “ but for the act of parliament , no action could be brought
by the ...
Strana 513
When once it has begun to run against a person under no legal disability , it
pursues its course , uninterrupted by any subsequent events ; and when the
period prescribed by the statute has elapsed , the bar is complete , and its force
can ...
Strana 514
Veghte . nally , will , I think , appear from the fact that , in the statute of 3 and 4
Wm . IV . , c . 27 , there is a clause ( § 26 ) expressly saving the remedy under that
statute from the bar of that statute , in cases of concealed fraud , Some of our
sister ... 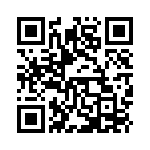