This book analyzes the evolution of "the public face of the judiciary," judicial opinions. The central theme of Popkin's (Indiana University) enterprise is to interpret how judges' present their ... Přečíst celou recenzi

Strana 12 - The fact is Lord Coke had no authority for what he states, but I am afraid we should get rid of a good deal of what is considered law in Westminster Hall if what Lord Coke says without authority is not law. He was one of the most eminent lawyers that ever presided as a judge in any court of justice, and what is said by such a person is good evidence of what the law is, particularly when it is in conformity with justice and common sense.
Objevuje se u 48 knih od 1825-2007.

William D. Popkin is Walter W. Foskett Professor Emeritus of Law at Indiana University School of Law, Bloomington. He is the author of Statutes in Court: The History and Theory of Statutory Interpretation. 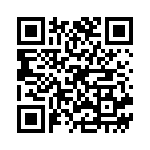