Christopher Marlowe (1564-1593) was a 16th century playwright, poet, and translator. Considered to be the most famous playwright in the Elizabethan era, Marlowe is believed to have inspired major artists such as Shakespeare. Marlowe was known for his dramatic works that often depicted extreme displays of violence, catering to his audience's desires. Surrounded by mystery and speculation, Marlowe's own life was as dramatic and exciting as his plays. Historians are still puzzled by the man, conflicted by rumors that he was a spy, questions about his sexuality, and suspicions regarding his death. 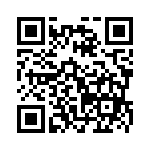