Omer Bartov is John P. Birkelund Distinguished Professor of History at Brown University. He was a Visiting Fellow at the Davis Center, Princeton University, and a Junior Fellow at Harvard's Society of Fellows. 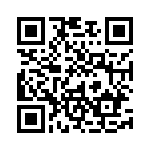