Samuel Totten is professor at the University of Arkansas. His research interests include the Holocaust, genocide education, and genocide theory. He is the co-founding editor of Genocide Studies and Prevention: An International Journal, co-editor of the Journal of African Conflicts and Peace Studies, and editor of the Transaction series on Genocide Studies. His numerous books include Plight and Fate of Women During and Following Genocide; Century of Genocide: Critical Essays and Eyewitness Accounts; and Genocide in Darfur: Investigating Atrocities in the Sudan.

PAUL R. BARTROP is an Honorary Research Fellow in the Faculty of Arts at Deakin University, Melbourne, Victoria, Australia, and Head of the Department of History at Bialik College, Melbourne, teaching History, International Studies, and Comparative Genocide Studies courses. He has previously been a Scholar-in-Residence at the Martin-Springer Institute for Teaching the Holocaust, Tolerance and Humanitarian Values at Northern Arizona University, and a Visiting Professor at Virginia Commonwealth University. 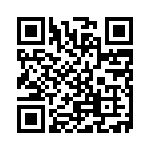