The ideas and pointers included in this volume are excellent and worth the read. However, the format makes it a little disconcerting to follow and interpret because it is largely a set of transcripts ... Přečíst celou recenzi

This is an excellent book. It gives a different perspective on the writing process and avoids most of the usual pedestrian (but important) stuff about character, plot, setting, etc that is available in many, many other books. I enjoyed it. Přečíst celou recenzi

Robert Olen Butler is the author of ten novels and two collections of stories. In addition to a Pulitzer Prize in 1993 and a National Magazine Award in 2001 (both for fiction), he has received a Guggenheim Fellowship in fiction and an NEA grant, as well as the Richard and Hinda Rosenthal Award from the American Academy of Arts and Letters. He teaches creative writing at Florida State University.

Janet Burroway is the author of plays, poetry, children’s books, and eight novels, including Raw Silk, The Buzzards, Opening Nights, Cutting Stone, and Bridge of Sand. Her Writing Fiction is the most widely used creative writing text in America. Recent works include the plays Sweepstakes, Medea with Child, and Parts of Speech, which have received readings and productions in New York, London, San Francisco, Hollywood, Chicago, and various regional theatres; a collection of essays, Embalming Mom; and her memoir, Losing Tim. The recipient of the Florida Humanities Council’s 2014 Lifetime Achievement Award for Writing, she is the Robert O. Lawton Distinguished Professor Emerita of the Florida State University. 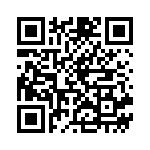