Vouchers within reason: a child-centered approach to education reform

James G. Dwyer is Professor of Law at the College of William and Mary. He is the author of Religious Schools v. Children's Rights, also from Cornell, and The Relationship Rights of Children. 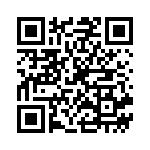