Strana 39 - ... so long as a man rides his HobbyHorse peaceably and quietly along the King's highway, and neither compels you or me to get up behind him, — pray, Sir, what have either you or I to do with it?
Objevuje se u 134 knih od 1760-2007.
Strana 27 - This most beautiful system of the sun, planets, and comets, could only proceed from the counsel and dominion of an intelligent and powerful Being.
Objevuje se u 365 knih od 1815-2008.
Více
Strana 282 - The Confessional; or a full and free Inquiry into the Right, Utility, Edification, and Success of establishing systematical Confessions of Faith and Doctrine in Protestant Churches.
Objevuje se u 93 knih od 1739-2008.
Strana 30 - Christ hath given us in the New Testament ; but by the latter of these ways, by revelation. We have from him a full and sufficient rule for our direction, and conformable to that of reason. But the truth and obligation of its precepts have their force, and are put past doubt to us, by the evidence of his mission. He was sent by God : his miracles show it ; and the authority of God in his precepts cannot be questioned.
Objevuje se u 25 knih od 1785-2005.
Méně

ANTHONY PAGE is a Lecturer in European History at the Launceston campus of the University of Tasmania. 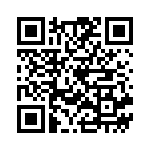